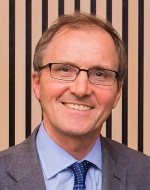 Professor Sir Ian Boyd, Chair of the UK Research Integrity Office, has been elected a Fellow of the prestigious Royal Society.

Founded in 1660, the Royal Society is a Fellowship of many of the world’s most eminent scientists and is the oldest scientific academy in continuous existence. Its aim is to recognise, promote, and support excellence in science and to encourage the development and use of science for the benefit of humanity.

Sir Ian has been the Chair of UKRIO since 2019. He is a zoologist, environmental and polar scientist, and former Chief Scientific Adviser at the Department for Environment, Food and Rural Affairs (DEFRA). He is a professor of biology at the University of St Andrews, where he is also an adviser to the Principal and was Director of the Scottish Oceans Institute. He also created the Marine Alliance for Science and Technology for Scotland. Before this he spent 14 years leading research at the British Antarctic Survey. Recently he has been an attendee at the Science Advisory Group for Emergencies (SAGE) which was established to provide scientific advice to the UK government during the COVID-19 pandemic.

Places are still available for this year’s UKRIO annual conference. To book your ticket for our free online event,...
News
Read More
Apr
30
2021

UKRIO is recruiting a Project Officer to assist with its work supporting high quality and ethical standards in UK...
News
Read More
Jan
5
2021